Dr. Boone was a Professor in the California School of Forensic Studies at Alliant International University from 2008 to 2016, and was Director of Neuropsychological Services and Training at Harbor-UCLA Medical Center in Torrance, California, from 1986 to 2008. She was also a Full Professor-In-Residence in the Department of Psychiatry and Biobehavioral Sciences, David Geffen School of Medicine at UCLA until 2008, and continues as Clinical Professor. 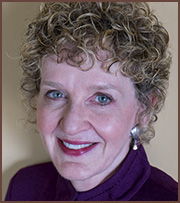